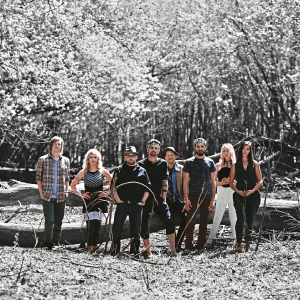 “A sprawling kaleidoscopic invocation of the life force with songs that veer from jubilation to simmering prayerful meditation.” – The New York Times. Cloud Cult began as Craig Minowa’s solo studio project, and over the course of ten studio albums the band has grown with an evolving lineup of musicians. Cloud Cult has received accolades including MTV, New York Times, Entertainment Weekly and has had several albums at the top of the college radio charts. They’ve declined major record label deals in favor of staying independent. The common thread through what Cloud Cult does as a creative collective is their uplifting message, continual celebration of life and love and catharsis through music.