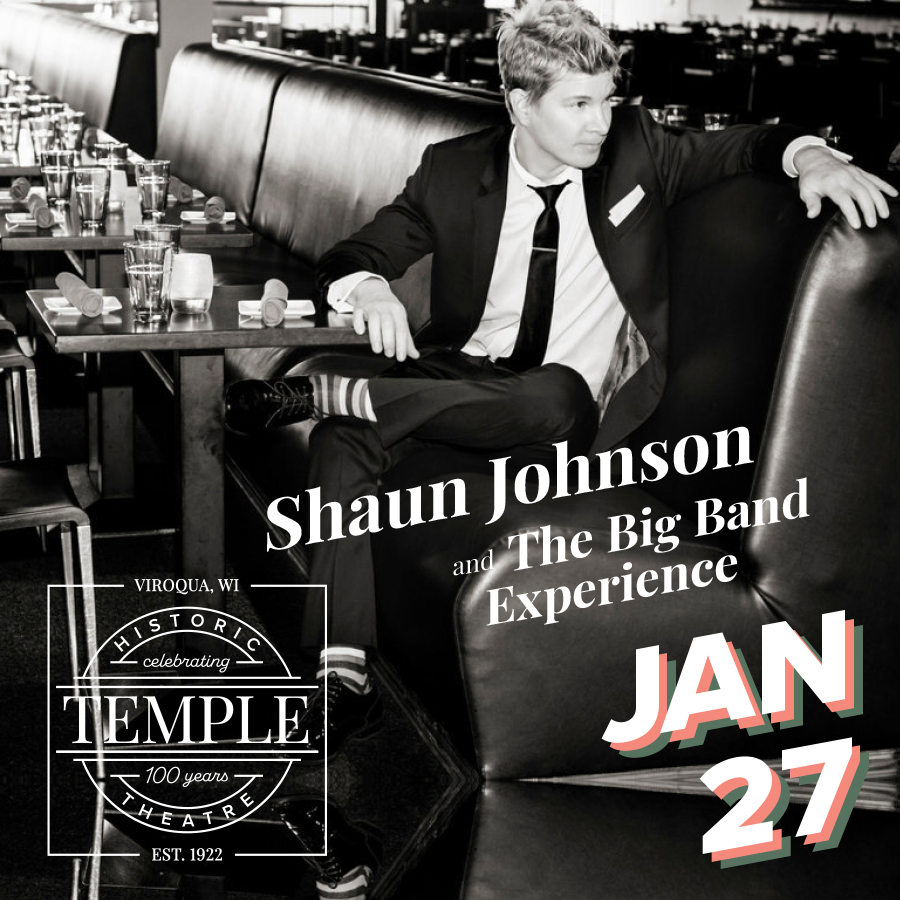 This show is a rare newcomer to traditional pop – fusing a big band spirit with an inventive edge – garnering a top 5 Billboard spot with the release of their first album. Shaun, an Emmy award-winning crooner (and lead singer of internationally-known vocal group, Tonic Sol-fa) indelibly stamps vocal jazz and swing with a contemporary punch – to the delight of both traditionalists and newcomers – emerging as an original voice in the continuing tradition of the American vocalist. Looking for a group heavily influenced by the big band era, but which never feels as if it lives anywhere but the present? This is it. Don’t miss this unique performance at the Historic Temple Theatre on January 27.